Text taken from the UMAA ad campaign "Changing the World One Graduate at a Time." 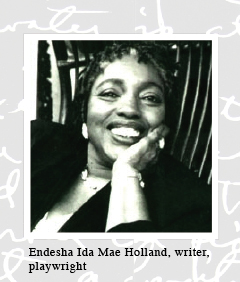 Its been quite a journey. Before becoming an award-winning playwright, Dr. Endesha Ida Mae "Cat" Holland had to overcome poverty, rape, racism, imprisonment and her mothers murder. Her life is a testament to believing in your dreams.

On her 11th birthday, Holland was raped by a man while babysitting his granddaughter.

Her childhood traumatically stolen, she became a prostitute at age 12 and a convicted thief at 16.

Then the civil rights movement came to town and Holland found a higher calling. She became a fearless leader, arrested 13 times while protesting for voting rights. 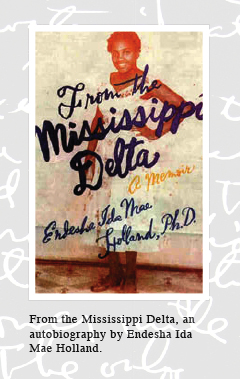 She toured the country raising support. While visiting the University of Minnesota, she vowed to come back to study one day. Its a promise she would keep, but only after her mother was killed when their house was firebombed. Devastated, she left home in 1965 and enrolled in the U's General College.

"They believed in me and said I could be somebody."

Holland eventually earned three liberal arts degrees from the U, receiving her Ph.D. in 1986. She was inspired by professors Geneva Southall, Elaine Tyler May, Charles Nolte, and the late Anita Bracey-Brooks, saying, "They believed in me and said I could be somebody." In Nolte's playwriting course, Holland's work moved students to tears. She later wrote From The Mississippi Delta, earning a Pulitzer nomination in 1988. She's now a full professor at USC's School of Theater.

(Note: Holland died on Jan. 25, 2006, of complications from ataxia, a neurological disease.)