Would he have invented GORE-TEX if he had gone to school in, say, Arizona?

Text from a UMAA advertising series "One Graduate at a Time." 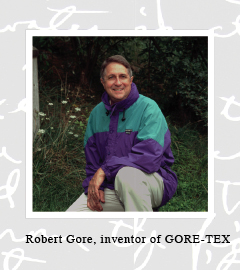 “It was very interesting to me, having never been to Minnesota,” recalls Robert W. Gore. “I went to the football game in late September and it snowed!”

Inspired by the natural and academic climate at the University of Minnesota, Gore’s graduate research in Chemical Engineering led to his invention of the GORE-TEX® fabric that keeps millions warm and dry around the world.

What brought Gore from the more temperate climate of Delaware?

“The U has been a top technology school for a number of years,” said Gore. The Chemical Engineering program is ranked number one in the nation. And an impressive number of U grads are now leading faculty members at other top engineering schools such as Princeton, MIT, Michigan, Stanford and more. 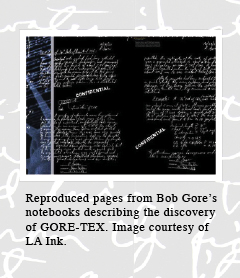 “The greatest years in my life were at the University because we had the basic freedom to explore, there was a free give-and-take of ideas. To a high degree, we formed the Gore corporate culture based on the environment I experienced at the U of M.”

Gore still stays connected to the University in many ways. His company actively recruits U graduates. And, as a member of the U of M Alumni Association, he’s helping uphold the University’s long-standing tradition of excellence.